When it comes to being mildly abrasive… I’m as good as the next guy…
I’ve just finished working on this century-old Shurly Dietrich loggers saw. According to the etch, it is a “No 66, Improved Racer”. Damn, if only it had been a plain old “Racer” – it would have been older. 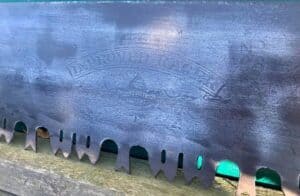 This 66” long man-killer (person-killer… whatever) retains original handles in good nick.
So what’s so special… These old horses were usually left to hang on a nail in a barn for a century or so… constantly subjected to cycles of morning dew, frost, etc. Most are found with a healthy “crust-o-rust” on them before they find their way to person-cave walls. I own thee (technically two – one was new old stock) that retain their original etched identification in the centre of the blade. I would estimate, I have reviewed 1500 saws to arrive at the three.
Today, my day began at 5:15 in Oshawa. I travelled to Buckhorn Lake, then on to Innisfil, and then to Fergus with various stops along the way. Early bird gets the worm kinda thing going on.
People don’t understand the irritation in my voice when they are humming and hawing about driving 20 minutes north to pick up something that I know won’t come up for another year… and left to their own devices they wouldn’t see in 25 years… imagine if three were chasing this kind of stuff…
OMG… I’ve become a curmudgeon.
That’s it… I’m going back to rubbing my saw – take that as you will! 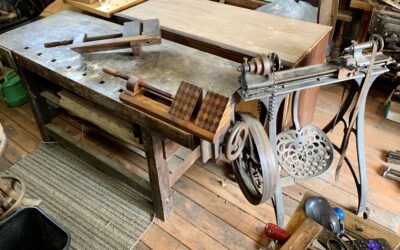 1-January-2022 Entry: The Intent of the Olde Tools Section

I have always wanted a place to write down some of the historical research about old tools. To date, I have included my writings...

END_OF_DOCUMENT_TOKEN_TO_BE_REPLACED 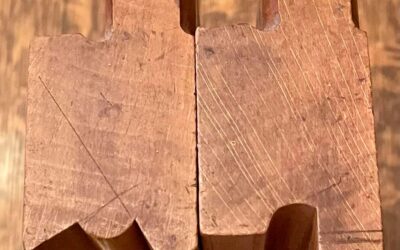 It doesn’t get much more “Canadian bacon” than this! These are an extremely rare set of matched Wallace (Montreal) table joint...

END_OF_DOCUMENT_TOKEN_TO_BE_REPLACED

There are two pieces in this picture made by Marbles, of Gladstone Michigan: a No 6 Safety Hatchet and a Match Safe. In the Tool...

END_OF_DOCUMENT_TOKEN_TO_BE_REPLACED 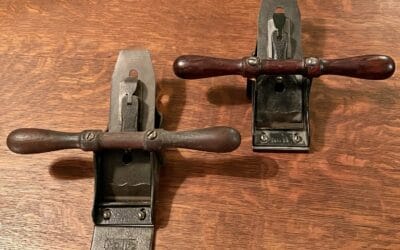 The No 11 is actually a very early plane dating back to Leonard Baileys days before he came to The Stanley Rule and Level...